Please enter your username or email address. You will receive a link to create a new password via email.

The Best Building Code in a Decade: 2021 IECC Coming Soon

The International Energy Conservation Code (IECC) is preparing to release the new model code that will establish the minimum energy efficiency standards for commercial and residential construction in the nation. And it promises to be the most efficient building code to date, projected to result in an estimated 10% or more energy efficiency improvement in residential and commercial buildings. The 2021 IECC will reduce both energy use and carbon emissions in homes and buildings which, today, is about 40%. What does this mean to the consumer? Well, the good news is that the new code is designed to deliver lower utility bills, more home comfort, higher productivity, lower utility bills, lower carbon emissions, and an increase in the value of new construction.

The International Code Council, a membership association, developed and manages the IECC, which was formed in 1998 and is the most widely adopted energy code model by states and municipalities in the United States and other areas. The IECC code is updated every 3 years through an extensive process that involves a forum of energy professionals, partners, and code officials to discuss proposed changes which are approved by votes from eligible voters, local governments, and related agencies. Voting on the proposed 2021 code changes set a record high—4 to 5 times more votes cast than in previous code cycles—thanks in part to an online voting option implemented by the ICC.

The 2021 code will be a compliant path where improvements in building components such as windows, doors, and R-values in insulation are prescribed, but it will continue to offer builders the flexibility of performance paths which leave it up to the builders on how they can build, as long as they meet the required minimum energy efficiency requirements. Note that the IECC is set to minimum standards. High Performance Home Programs such as BUILT TO SAVE™ and ENERGY STAR® are designed to go above and beyond these minimum code requirements for enhanced energy efficiency and quality construction. Keep in mind that building to the minimum required code is just that—the bare minimum standard.

With the new 2021 IECC, in the Rio Grande Valley—located in U.S. Climate Zone 2 that is one of the hottest regions in the country—we will see increases in ceiling R-values, and a requirement for better insulated windows with higher U-factors. Overall, the proposed changes cover a wide variety of measures designed to improve energy efficiency and carbon emissions. The new code also includes two new appendices that provide ways for states and cities to move in the direction of zero energy performance requirements, with a goal of building homes and buildings that, within one year, would produce as much energy as they consume by using renewable energy like solar panels.

The new 2021 code will be available for adoption by state and municipalities in the fall of 2020. While it can and should be adopted by all cities and states, it is important to note that adopting the code and enforcing it are two different things. Any city can adopt a code, but if it is not enforced so that builders have to comply with it, the energy savings and reduced carbon emissions of the new code will not be realized. As a homebuyer, you should be aware that today, all new homes built and sold in Texas, for example, must be compliant with the state’s mandated 2015 IECC, the current code. Yet, sadly, many cities in the Rio Grande Valley and across the state who may have adopted the code, do not enforce it. Worse still, some cities  may be enforcing codes older than 2015 and not compliant with Texas law. Builders should also realize that they, and not the city code officials, are ultimately responsible for building homes according to code law.

A good takeaway message for homebuyers (and builders) is that if your home is certified as BUILT TO SAVE™ or ENERGY STAR®, there is absolutely no question that your home is in compliance with the current code. These high-performance home certifications go above and beyond what is required—no matter what version of the code the city is enforcing.

Congratulations To The 2020 RGVBA Parade of Homes TV Winner!

The lucky winner of the TV Giveaway sponsored by Sierra Title Company in the 2020 RGVBA Parade of Homes was Priscilla Quintanilla who had registered online and rated one of Esperanza Home’s models that had participated in the Parade.

In September of this year, Estella G. Lopez was recognized by Sierra Title of Hidalgo County, Inc. for reaching a milestone: the 75th anniversary of her employment with the company. 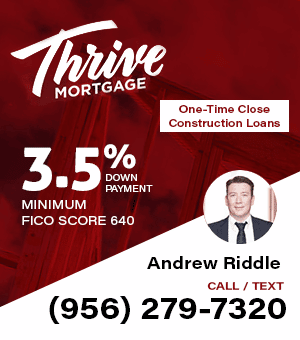 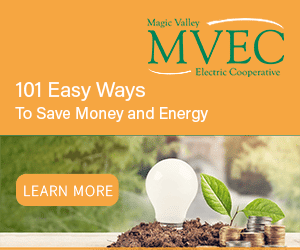 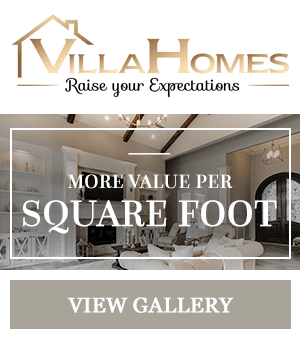 All prices, features and special offers are subject to change without notice.


All prices, features and special offers are subject to change without notice.

Stay up to date on the latest new home trends, up and coming communities, magazine releases, and more!

Join the
NEW HOMES
MAILING LIST
Get the latest home tours, homebuying tips, and every issue of RGV New Homes straight to your inbox!
You can unsubscribe at any time!

SIGN UP TO GET THE LATEST POSTS AND NEW HOME NEWS DELIVERED STRAIGHT TO YOUR INBOX!
Terms and Conditions apply